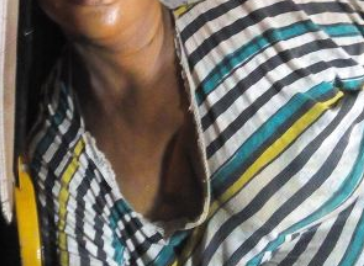 A woman who lost her husband 2 years after their wedding has met an untimely death after she got electrocuted in Ebonyi state.

According to a Facebook user, Nwanga Basil who shared the story, the woman had gone to fetch water with her kid when she got electrocuted by a naked wire which was left carelessly on the ground. He wrote; 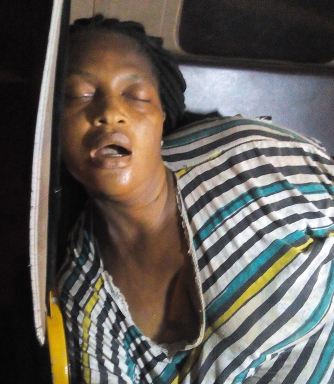 Death! Death!! Death!!!. In Ebonyi state yesterday around 8:35pm, this whom was electrocuted by electric wire careless left naked by those maintaining Street light along udoka hall Cas campus on a path leading to her house. The whom went to fetch water with her little kid wen she mate her death. The most painful aspect of it that her husband died a 2yrs after their marriage leaving her With 3 kids. The eldest among them is 8yrs. Pls I appeal to government of Ebonyi state to run into aid of these children and recuse them from perpetual suffering. Pls. From Basil, an eye witness 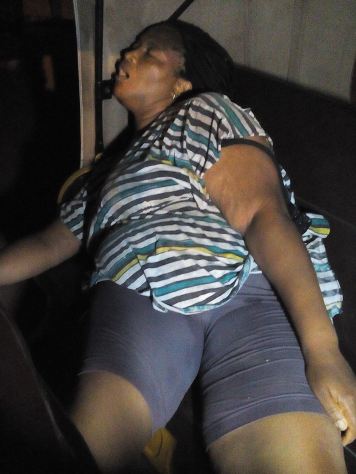 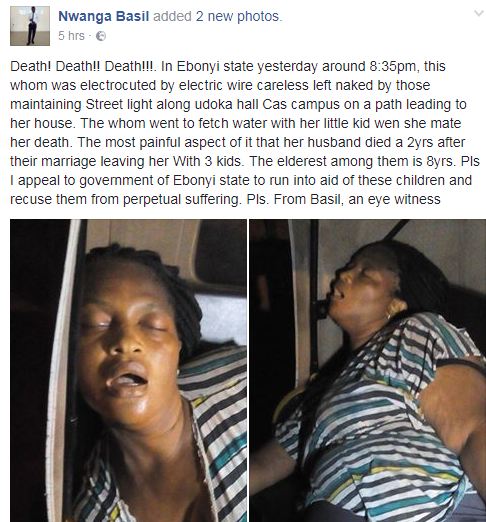