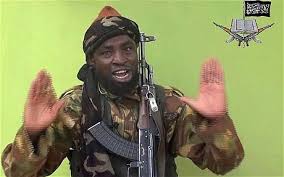 The Nigerian Airforce says the wife of the leader of the Boko Haram Terrorists (BHT) Organization, Mallama Fitdasi, might have been killed in a recent successful airstrike on Durwawa settlement on the outskirts of Urga near Konduga community in Borno state.

A statement by the Director of Public Relations and Information of the Nigerian Air Force, Olatokunbo Adesanya, Mallama Fitdasi is believed to have been representing her husband in a coordinating meeting with other terrorists at the location of the airstrikes.

It is recalled that the Nigerian Air Force (NAF) had reported the successful aerial attack of a large number of Boko Haram terrorists at Durawa on 19th October.

Battle Damage Assessment had indeed revealed that the aerial attack set off a fire, causing damage to the Boko Haram terrorist structures within the settlement and neutralized most of the Boko Haram terrorists with a few of them fleeing the location. Efforts are ongoing to confirm the reported killing of Shekau’s wife, alongside other BHTs.