One Abigail Nwakama also known as ‘Madam Cash’ and a  popular radio preacher and founder of Gospel Fire Army Ministry, Nkwele-Ogidi, Anambra State, Chinedu Strongson, were arrested alongside 8 others for operating a kidnapping ring.

Police paraded Mrs. Nwakama and the cleric before journalists on Saturday, September 10th at the police headquarters, Asaba, Delta State, along with 43 other criminals arrested for kidnapping, robbery, murder, cultism and car theft.

Revealing details of her notorious kidnapping syndicate that abducted children before selling them into slavery, police sources said that she stole a one-year-old girl, identified as Fatimah Yahaya, from her mother after paying her mother N3,000. It was learned that Mrs. Nwakama then sold the young girl to the 48-year-old  pastor for N400,000.

According to the state police commissioner, Zana Ibrahim, 12 stolen children were rescued from the pastor, confirming that he allegedly paid N400,000 for each child sold to him.

The pastor denied any involvement in child trafficking, claiming that he only help in paying school fees for children. Mother of the kidnapped girl, Aisha Yahaya reported how two ladies came to her house in Asaba posing as police detectives sent by her husband now serving at Ogwashi Uku prisons.

She followed them to a junction where they met Mrs Nwakama who gave her N3,500 to alleviate her poverty and asked her to buy clothes for her daughter. In the process, the said child was allegedly stolen by the syndicate, prompting her to raise the alarm which led to the arrest of the two ladies.

Based on the report, the commissioner said detectives swung into action and arrested one Onyinye Nwakama, daughter of Madam Cash, at a drinking bar in Asaba. Also arrested was Ifeoma Anyadike, (32) at Okpanam before they led detectives to Ogidi where the pastor was arrested.

Others arrested from different locations are David Ikesinachi; Ebere Edwin, Adaeze Enyi and Chike Agwunenu. Two of the rescued children, the commissioner of police said, had been handed over to their parents while the remaining were kept at an orphanage in Asaba pending identification by their families. 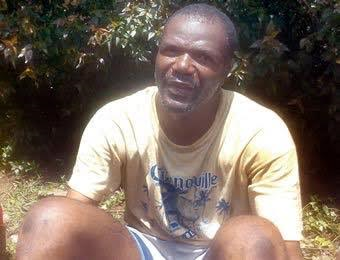 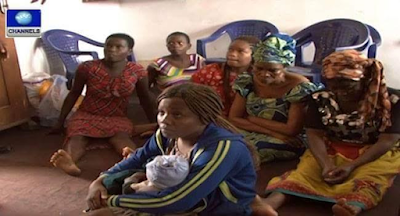 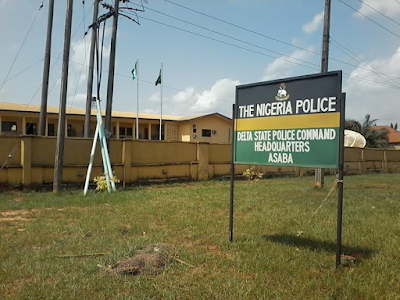