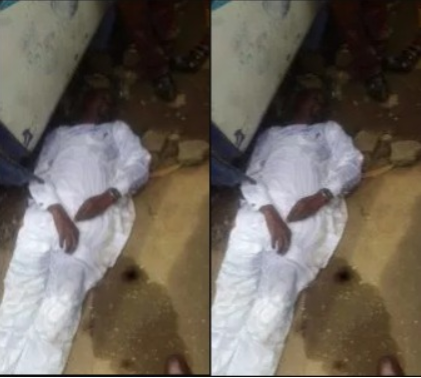 An elderly man identified as ‘Baba’ was found dead at the entrance of an Ikeja Magistrate Court in Lagos state.

Eyewitnesses said he slumped while walking out of the court premises. The deceased’s relative, Iya Nike, who was contacted said that he (Baba) was fine before leaving the house this morning.

She also said that Baba was hypertensive but had been taking necessary drugs for his ailment. The deceased, who was dressed in white native attire, had driven himself to court in company of a friend. He was said to have collapsed after he parted ways with his friend.

His remains was taken away by his relatives after they were contacted on his (Baba) mobile phone.