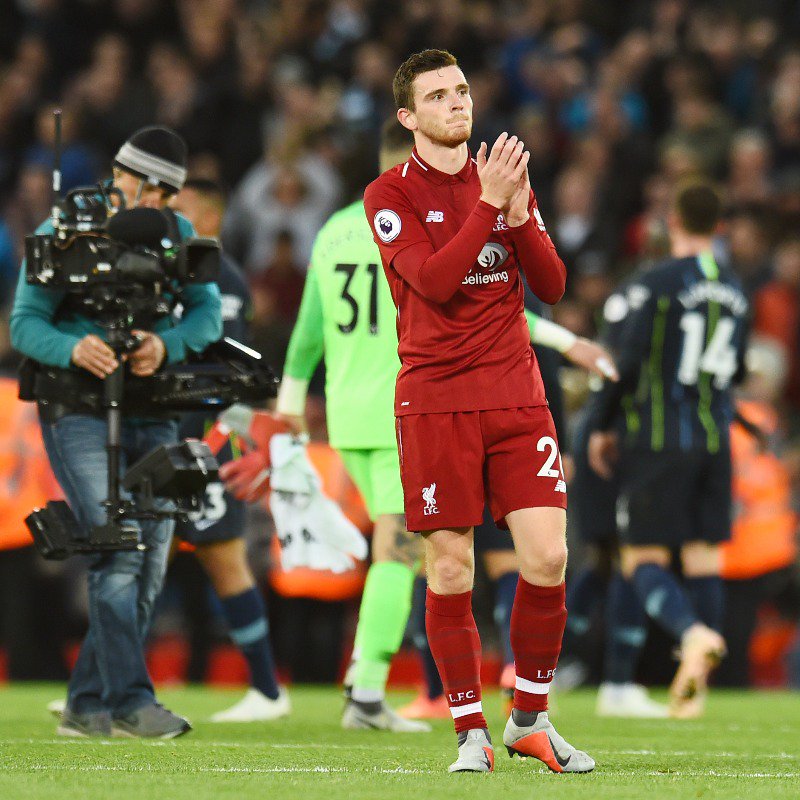 Liverpool maintained their unbeaten run in the current domestic campaign after they held Manchester City to a goalless draw at Anfield on Sunday.

There was late scare for the Reds when Manchester City were a awarded a penalty kick in the 85th minute after Van Dijk clumsily brought down Germany International, Leroy Sane, in the penalty area.

Ryan Mahrez however, stepped up and skied his effort over the bar and the Reds were relieved to keep their unbeaten run in the domestic league intact.

As a result of the run, their players have been on social media reacting.

It was a tough game, against a tough opponent, but the teameffort was good as usual. Thanks for the support! #YNWA

“There is a long way to go and there will be a lot of teams competing but we hope we are one of them.”