It was gathered that the attackers stormed the village in five Hilux vans around 6pm and opened fire on the soldiers.

“The attackers took the soldiers unawares at a football pitch. One officer and seven other soldiers were killed. Some others got injured,” a source told Daily Trust.

One of the dead soldiers has been identified as Lieutenant Hassan Shaibu, an Igala man from from Afor gam gam in Ankpa, Kogi state.

A resident of the place said the military conveyed the copses of the eight military men to Damaturu Wednesday morning.

“The attackers had a field day. After the attack, they forced many shops and stores open and carted food items away,” he said.

The spokesman of 3 Division Military Base in Damaturu, Colonel Kayode Ogunsanya, confirmed the attack on the military but he could not give the level of casualty.

“There was casualty on both sides but I cannot ascertain the number. Men on ground had repelled the attack,” he said.

Meanwhile a friend of the deceased soldier, took to Facebook to book him. 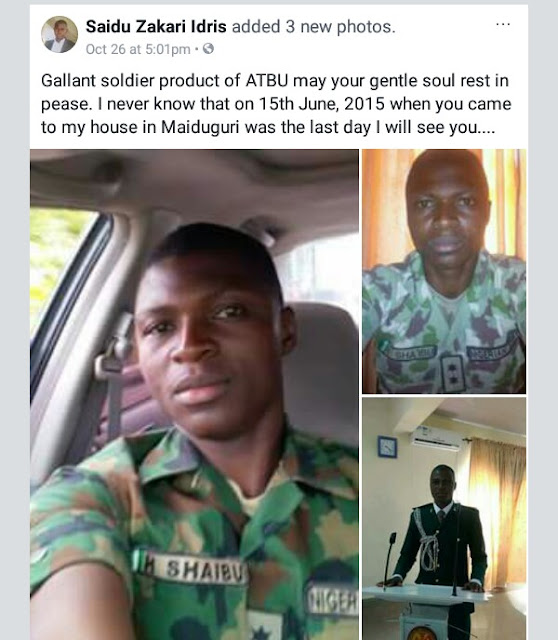