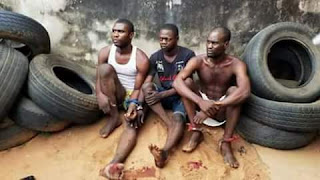 The Special Anti-Robbery Squad of the Benue State Police Command has busted a criminal gang of suspected robbers and recovered assorted weapons and other items including handsets and i-pads.

The police gave the names of those arrested as Monday Iorgongba, alias Yahooze, Mvendaga Abu, alias Wasco, Terver Tse, alias Tor Tiv and Katherine Ukoho, wife of one Isaac Nenge, alias Kasco, who is on the run. 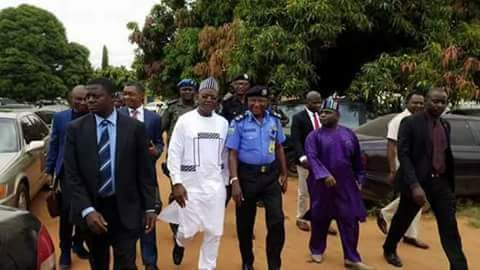 Commending SARS, Governor Samuel Ortom, who spoke when the Commissioner of Police, Bashir Makama, showed him the paraded the suspects at the police headquarters in Makurdi on Tuesday, stated that he would continue to support the police to track and arrest criminals.

He prayed that God would protect and reward the gallant officers who carried out the arrest. 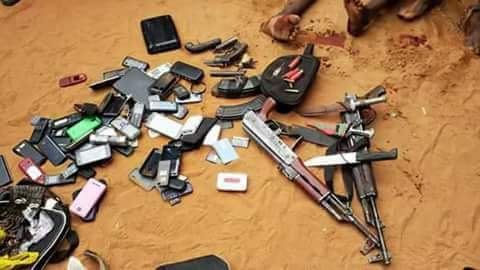 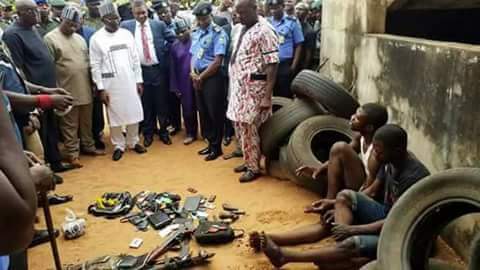