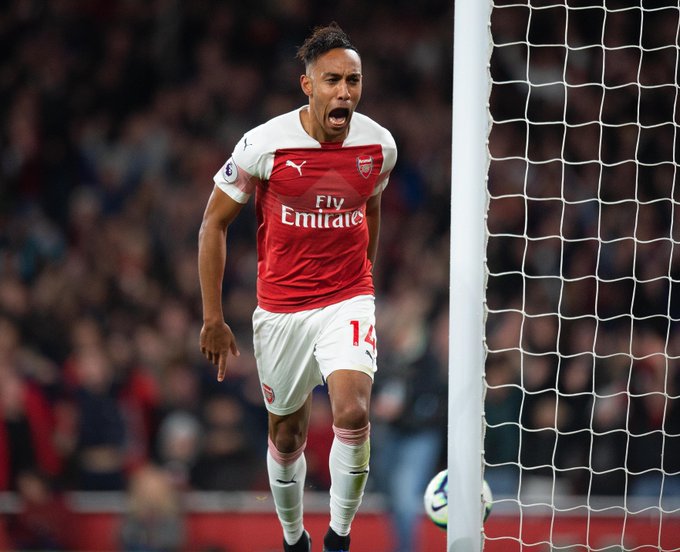 Gabonese International, Pierre-Emerick Aubameyang, ensured Arsenal didn’t have a taste of what both Manchester United and Chelsea had in the hands of Tottenham by firing a brace against their London rivals, Spurs, during their domestic league clash today at Emirates stadium.

Aubameyang who opened the scoring for the Gunners in the first 10 minutes of play before Tottenham scored two quick goals just before the half time break to turn the game around took the game by the neck and scored a stunner just after the restart to bring the game level.

Alexandre Lacazette and Lukas Torreira then completed the turn around with a goal each to take the game to bed.

His second goals today takes his tally in the domestic league to 10 and thus becomes the highest goal scorer in the league this season with only Manchester City striker, Sergio Aguero, behind him on eight.

Comment Rules Your comments must be more than 10 characters.
Multiple Comments are not allowed on this post.
You should never copy a user's comment. Affected members will be suspended for a week and earnings will be forfeited
Non thought provoking and useful comments such as awwwww, niceee, hehehehehe, hahahaha, congratulations to them etc not allowed.
You should never split one comment into multiple comments,eg A, B, C. He, Said, That.
Comment reply does not attract any earning! You can reply to comments as much as you like though.
Click here to read our Terms of Service