Home / Forum / Latest News / Celeb News / Submit Your Post / Contact Us
Home World Search is on for a 2 year old who was dragged into...
Share on Facebook
Tweet on Twitter
Police are searching for a toddler who was dragged into the water by an alligator near Disney World’s flagship Grand Floridian resort in Orlando after a movie night and fireworks on the beach. The hotel is a high end luxury resort owned by Disney.

The Alligator clenched its jaws around the two-year-old and pulled the child into a nearby lagoon. 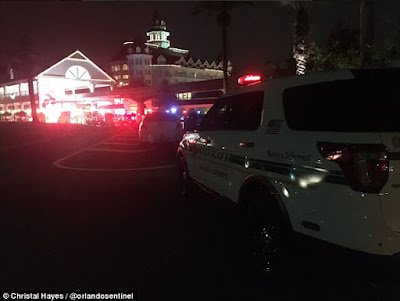 Sheriff’s Office spokeswoman Rose Silva said the toddler was last seen at 9.30pm being dragged into the Seven Seas Lagoon by the alligator.

Police are searching the waters and have put crime-scene tape around the water.

It is one of three hotels linked by the park’s monorail line and just one stop away from the Magic Kingdom Park.
The child’s name was not available. 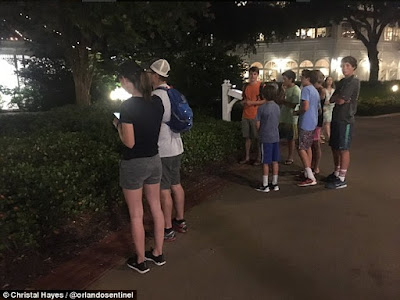 It was not known if the child or his family were guests at the hotel.

Christal Hayes, a reporter for the Orlando Sentinel, who is currently at the scene wrote on Twitter: ‘A lot of the crowd says the boy was on a beach area along the Seven Seas Lagoon when he was dragged in. No eye witnesses, though.’
‘I’m just here to say a prayer,’ AJ Jain, 51, who is on holiday from Georgia, told Hayes. ‘I can’t imagine what those parents are going through. It’s been one tough week in Orlando.’ 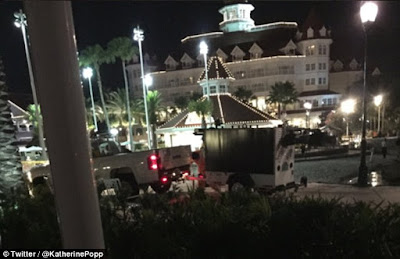 ‘Just overheard a group talking about how the father was wrestling with the alligator. This just gets worse and worse.’ 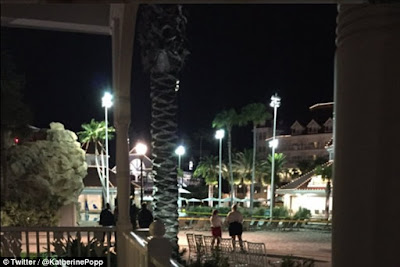 He said that there was a ‘movie night’ on the beach on Tuesday night, which is where the alligator may have attacked the toddler before dragging the child into the lagoon. Guests were all asked to leave a hotel balcony overlooking the area by staff, he added. Others said the family had been watching the Wishes fireworks spectacular, which started at 9pm on Tuesday night and ran for more than 12 minutes, at the time of the reported attack.

The search for the child in the lagoon is still going on.