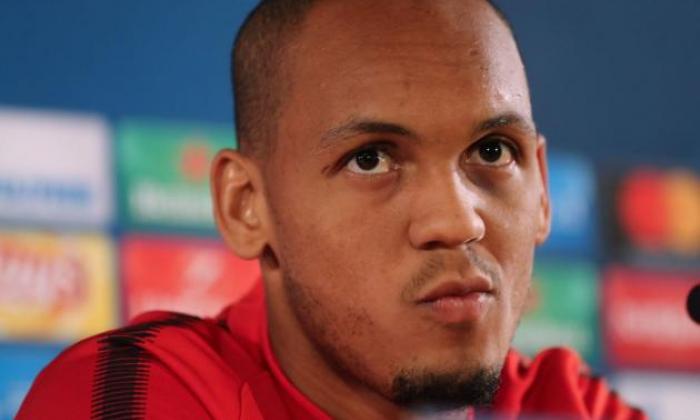 Highly rated Brazilian, Fabinho, who joined English premiership side, Liverpool, from AS Monaco in a deal believed to be in the region of 48 million pounds is yet to feature for the Reds since singing on.

The versatile player who can either  play as a right back or as a defensive midfielder was a sought after player as a result of his impact in the high flying Monaco side that won the Ligue1 title in 2016.

However, Liverpool’s coach ,Jurgen Klopp, today while fielding questions from journalists explained why the player is yet to feature for the Reds.

See what he said below:

“We have players that worked together now for much longer; he comes from another league, a completely different system which Monaco played, to us. We have a good team together so that takes time.

“But the plan was, and is still, that he will make us better. That’s what we are working on. That sometimes needs more time, sometimes a bit less.

“From my point of view, it’s all fine. I know the situation is not like maybe a few people would have expected but sorry, I cannot change that.”

The post Why Fabinho Hasnâ€™t Played For Liverpool Yet â€“ Jurgen Klopp .

More news  Next Stop, Nigeria! Belvedere Vodka x Laolu Reveals Limited Edition Bottle at New York Fashion Week
Online Shopping - Zuta.NG
Comment Rules Your comments must be more than 10 characters.
Multiple Comments are not allowed on this post.
You should never copy a user's comment. Affected members will be suspended for a week and earnings will be forfeited
Non thought provoking and useful comments such as awwwww, niceee, hehehehehe, hahahaha, congratulations to them etc not allowed.
You should never split one comment into multiple comments,eg A, B, C. He, Said, That.
Comment reply does not attract any earning! You can reply to comments as much as you like though.
Click here to read our Terms of Service